Another Sunny Sunday by the River

I felt like Jim Gates yesterday as I drove to various spots on the river where it's easy to get access.  Used to be I'd go out of the house, grab the backpack and be off and gone all day sometimes just to ease some restlessness. But, like Jim in his later years, I took the easy way to the river.   I had the pup in the back of the truck for company and we went down to Bryan's first and I took some pictures, trying to capture the surprise of seeing the sedges along the river bank with their flaxen hair falling so neatly down to the water which in any normal year would have been submerged and washed and trimmed to bare roots.  But this year, not at all.  The river hasn't been high enough even to disturb their languishing graceful droop.  I imagined maidens drying their hair in the sun, or conversely shaggy dogs lying by the river, eyes covered by golden strands, lapping water thirstily, gratefully. 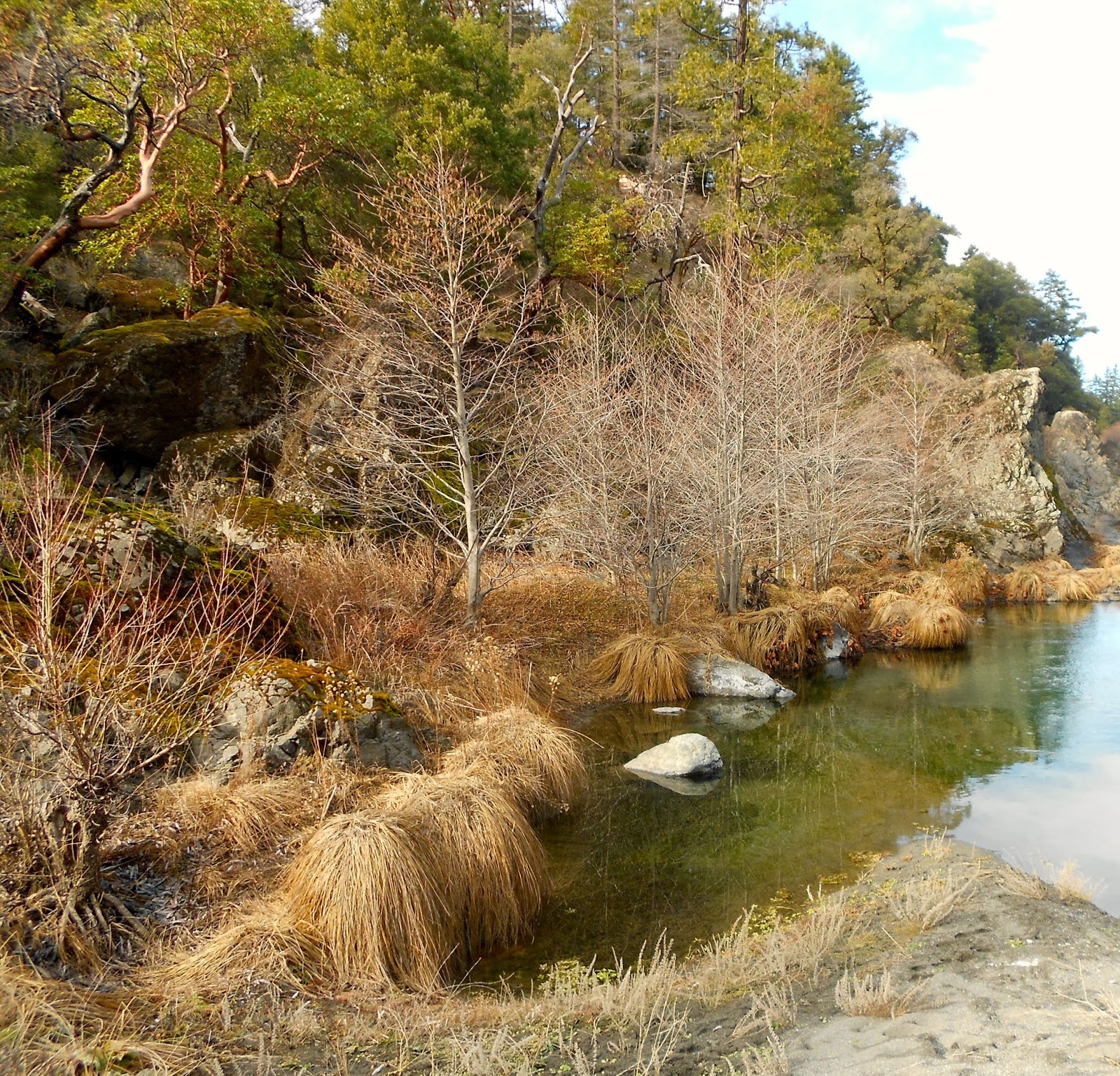 At the swinging bridge, I noticed some willow trees springing up from the soil the sedges are holding on the rocks and I had to smile at their optomistic endeavor to live in a place that would normally be underwater.  For a brief while I felt happy at what I took to be their happiness with the drought which is bumming out the human population of Northern California.  I was reassured that life, in whatever form, will take care of itself in ways our tiny minds cannot fathom.